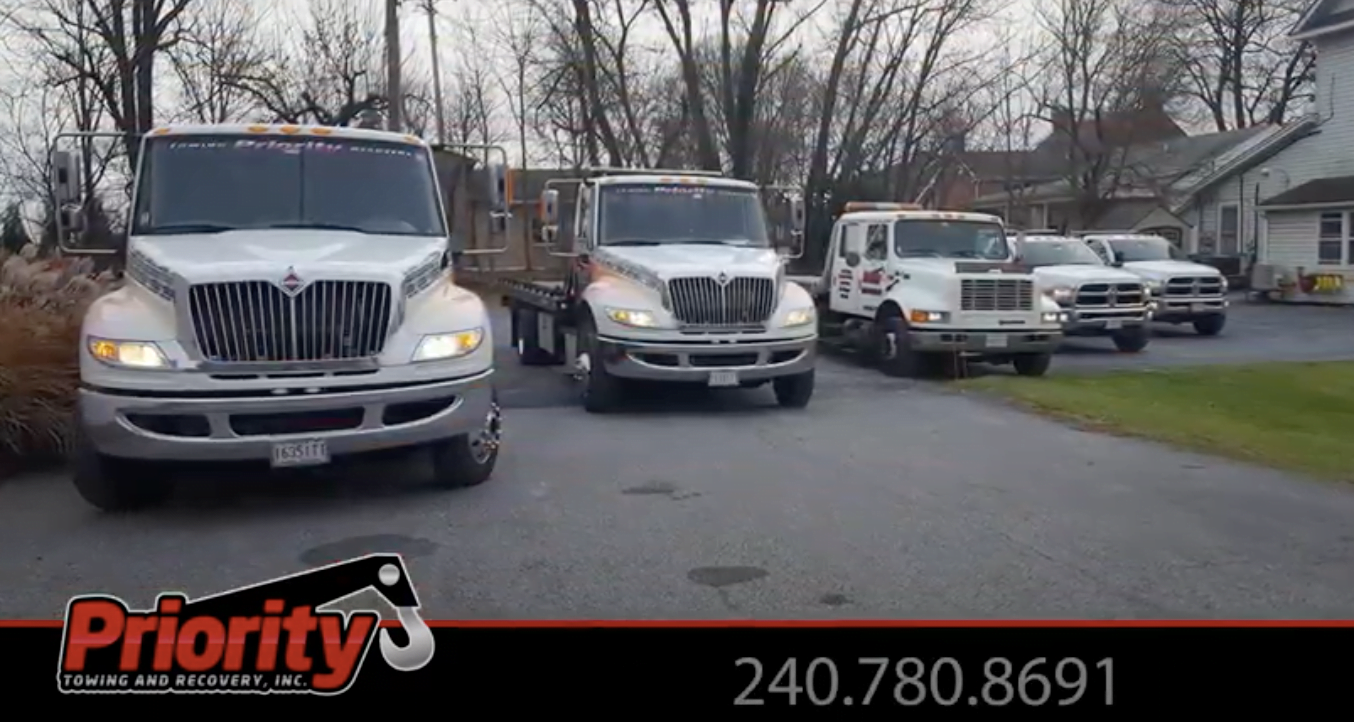 Priority Towing & Recovery dispatched their load shift team to the Westbound Weigh Station on I-70 in Sykesville, MD. The team had received a call from a truck driver on a tight schedule. The driver was transporting paper rolls to Baltimore. His trip was going well and he was only 45 miles away from the drop-off point when disaster struck.

A car made a last minute decision to exit the interstate and cut in front of the truck. The driver had to quickly step on his breaks. The sudden stop caused some of the paper rolls to move towards the front of the trailer.

Load shifts are not only inconvenient to drivers but they can be extremely dangerous. If your trailer is off-balance in any way, the driver could lose control putting themselves and other motorists at risk. It takes a skilled team to quickly re-center and re-balance cargo and limit a vehicle’s downtime.

Thankfully, on this particular day, the driver was able to maintain control of his truck. He pulled off the interstate and into a nearby weigh station where the load shift team met him. The Woodbine load shift team at Priority Towing are seasoned experts in rectifying a load shift and immediately jumped into action.

They carefully pulled out the enormous paper rolls in order to gain access to the front of the trailer. Within 1.5 hours, the team had successfully repositioned the paper rolls and the truck driver was on his way!

Great work out there team! Your quick and efficient work allowed the driver to complete his delivery. Keep it up!

The load shift team at Priority Towing was dispatched to the Westbound Weigh Station on I-70. The professional load shift left Priority Towing – Cars, Heavy Duty & Semi Truck Towing, 15950 North Ave, Woodbine, MD 21797, United States, and made their way to the weigh station.

Once at the weigh station, the loaf shift team assessed the situation. A tractor trailer was transporting paper rolls to a factory in Baltimore when the shift occurred. The team needed to recenter the heavy paper rolls in order for the driver to continue on his way.

The load shift team jumped into action. Working as quickly as they could without compromising the safety of the operation, the team recentered the massive paper rolls. When the weight distribution of the cargo was restored, the truck driver was able to continue his journey to Baltimore.

The load transfer team returned to Priority Towing & Recovery headquarters to await their next customer.