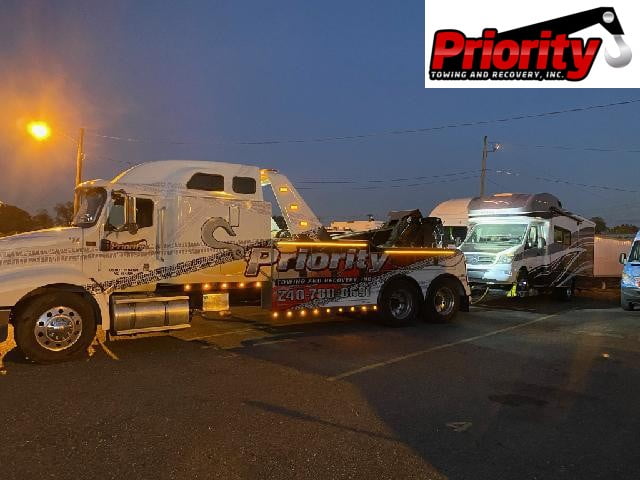 Ready to get back on the road, the driver tried to start the RV. With the key in the ignition, he struggled to get the RV running. Each time he twisted the key, all he got in return was a sputtering noise! As he put two and two together, the driver realized that he was not going to be going anywhere! A quick search for “reliable RV towing near me” got him on the phone with the Priority Towing team.

The Priority team was by his side in no time. Normally, the towing teams take the vehicles to the destination of the client’s choice with no questions asked. That being said, when the RV driver requested that his RV be brought to a Mercedes dealership, the towing technicians intervened. They knew that the Mercedes dealership would be unable to solve this particular issue. They spent the next hour on the phone reaching out to different dealerships before they found one capable of getting this RV back on the road!

They towed the RV to the freightliner dealership in Baltimore. Seeing as the dealership was currently closed, they had to deposit the RV in a designated lot across the street from the dealership. Once again, they hit a roadblock. The lot attendant was insisting that they have a repair order prior to parking in the lot. Easier said than done when the dealership is closed! The team did not want to leave the client stranded so they made several phone calls to the dealership management and finally received permission to park the RV in the lot overnight.

You went above and beyond your duties team, keep up the great work!